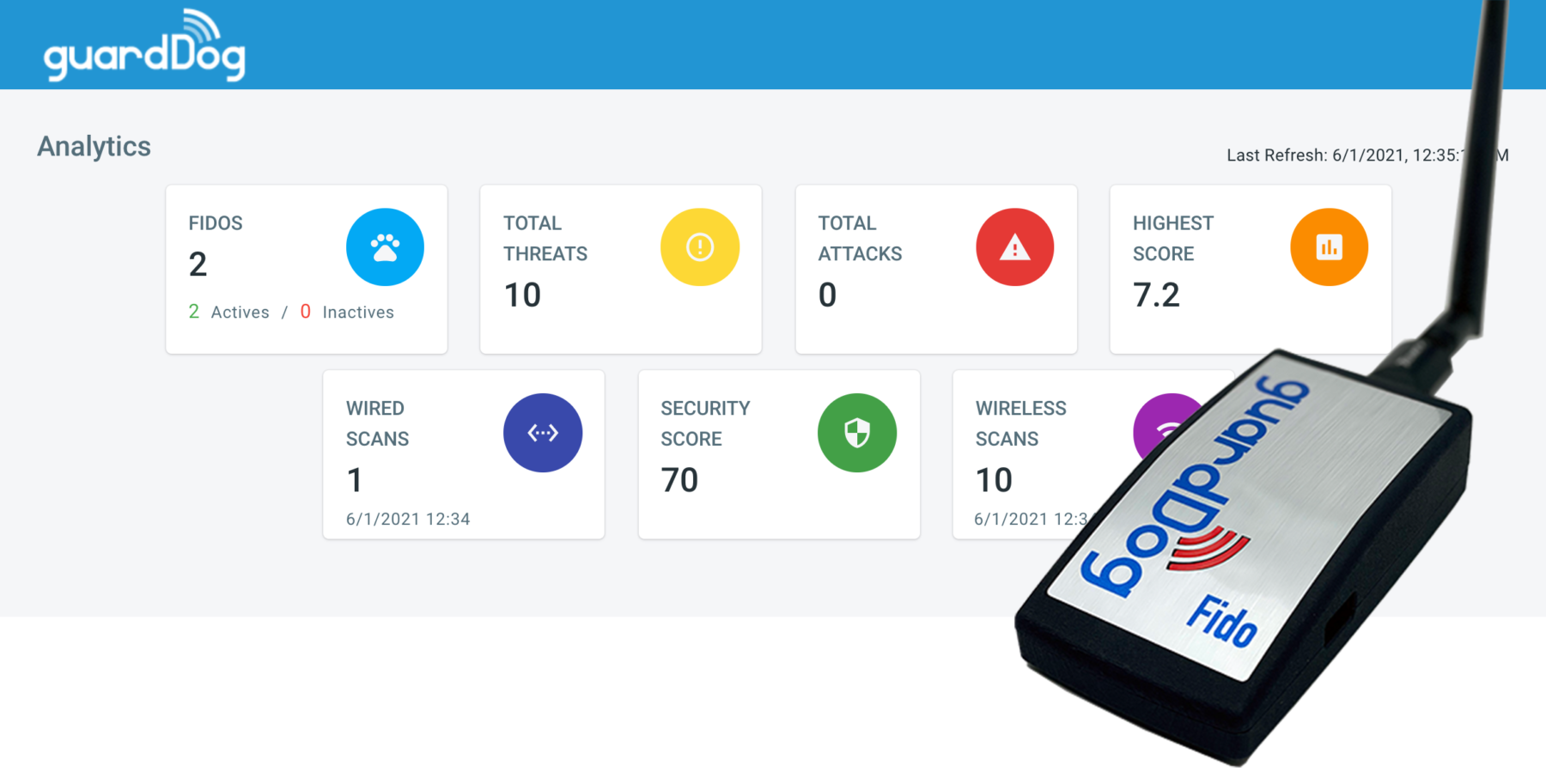 A few years back we at guardDog.ai embarked on a mission to explore better ways to tackle cybersecurity. We recognized that the landscape was changing rapidly, and it seemed as though the more than 20,000 available cybersecurity solutions were coming up short and not keeping pace with change. Then Covid-19 hit. Remote working exploded as a trend on a global scale. It turns out, it was the perfect time to launch our solution.

A few years back we at guardDog.ai embarked on a mission to explore better ways to tackle cybersecurity. We recognized that the landscape was changing rapidly, and it seemed as though the more than 20,000 available cybersecurity solutions were coming up short and not keeping pace with change. Then Covid-19 hit. Remote working exploded as a trend on a global scale. It turns out, it was the perfect time to launch our solution.

All of a sudden, company network environments were more vulnerable than before by unforeseen (and often unseen) attacks from beyond the network edge. Prior to that, the enterprise was grappling with employees bringing their own devices onto the company network – and they thought that was a challenge. In this new world, a digital doorbell on a home network could be the vulnerable point. Perhaps a baby cam. A PlayStation? Even a refrigerator or other seemingly innocuous IoT device. Keeping an eye on all of this is a difficult, untenable even. Most cybersecurity solutions don’t install on your fridge, or on your PlayStation, and many other things. Another part of the problem is cybersecurity expertise and time. Nobody really wants to be a cybersecurity expert, and nobody really has time to spare. It was these facts about a changing world that influenced our calculous to design a new way to go about managing cybersecurity without actually having to, or actually knowing how to. guardDog.ai exists to solve this problem.

We broke this problem down into a three parts solution.

1. Make it cybersecurity smart, so you don’t have to be

In 2020 there were more than 12,000 novel attacks reported that had never been seen before. On top of that, who has the expertise to deal with this onslaught of these attacks, the too many known and the unknowable coming unknowns? It is simply too much to manage, the skillsets are hard to acquire, and the deluge of possible vulnerabilities are spread across an ever-expanding attack surface. guardDog.ai has a proprietary AI-powered approach to this problem. AI doesn’t really get tired, can keep up with thousands of new threats, and can learn about how new threats are emerging so you don’t have to. So, step one was reimagining a virtual expert that gets smarter on your behalf without you having to train it, configure it, or otherwise. If a problem is detected, the AI should match it to something useful and help you out in fixing the problem. guardDog.ai created an expert that is tailored to each environment its in. It gets to know what should be there so it can detect what shouldn’t. Our cloud-powered software service works with your Fido security device to monitor your wired, wireless, devices, IoT and checks them out to make sure things are up to date, no vulnerabilities exist, and alerts you to something that has changed. So now that we had the first piece of the puzzle, an always-on security guard working on your behalf, we had to tackle another part of the problem.

2. A true overwatch needs to be an overlay

There are many devices, from computers to smartphones to watches to refrigerators and more that all connect through Wi-Fi and other networks. All of these network residents access resources and perform tasks for you on top of these networks. Most work on top of your Wi-Fi, and inadvertently could be leaving vulnerabilities open for exploitation. It could be an open port, or a back door for maintenance not properly secured. As in any security environment, you are only as strong as your weakest link. guardDog.ai took the approach of adding a physical device to its cloud service to connect with your router as an overlay. In this position, networks, devices, IoT, and more can be patrolled and secured. In some cases, on Wi-Fi in particular, the threat will be automatically neutralized. In other cases, you will get a notification on your cloud dashboard describing what was found and connecting you with info on how to get it fixed. So, we may not be installed on your router, refrigerator, or device, but we can see that it has a flaw and needs an update. So, sometimes our dog bites and takes an attack down, and sometimes it barks, to make sure you are aware of the situation and can do something about it before it becomes a problem.