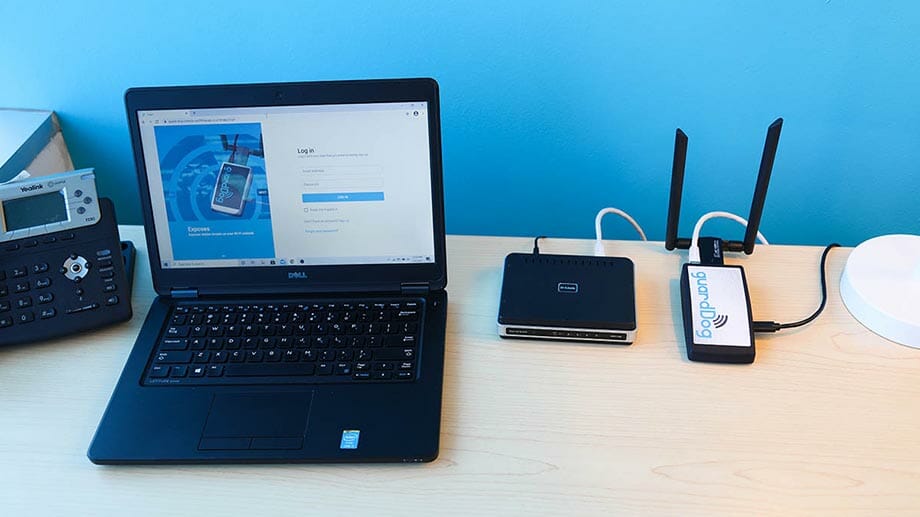 guardDog protects against threats outside the perimeter of the network or on attached devices that other solutions can’t see, for wired and Wi-Fi networks. Devices of every kind are inherently vulnerable to the networks they join. guardDog employs patent-pending artificial intelligence to pre-emptively recognize, expose, and shut down cybersecurity threats before an attack can happen.

After years of working to perfect the technology with enterprise and consumer customers, guardDog is taking network security into another dimension – simplicity. Fido is simple for anyone to install, with or without a technology background, and Protective Cloud Services activates within a few minutes of registration.

guardDog CEO Peter Bookman said, “At any given point there are around 150,000 known vulnerabilities that devices are exposed to on the networks they join, and often these incidents go undetected,” he continued, “guardDog acts like a fire alarm for exposing these threats, and like a first responder for helping to solve cyber threats, where often businesses and consumers are lacking the expertise or resources to do either effectively.”

Customers simply plug in a Fido device to their network router and register it with Protective Cloud Services to activate protection. guardDog immediately goes to work securing homes and businesses’ Wi-Fi and wired networks, and the wireless devices attached to them. The rise of ransomware, phishing, identity theft, hacking, scamming, computer viruses and malware, botnets, and DDoS attacks require new approaches, which guardDog delivers.

Traditional approaches such as virtual private network (VPN) connections are vastly insufficient in a wild west of unsecured home Wi-Fi networks and the myriad of devices attached to them, likely leading to new breaches and losses for the companies involved. These remote working environments accessing VPN from homes are dangerous, as endpoints on Wi-Fi systems make it alarmingly easy for hackers to access data through VPNs.

The guardDog solution is especially important as businesses struggle to manage the collision of two accelerating trends – an explosion of remote worker environments to manage, and a shortfall of talent to secure them. Estimates are that as much as 30 percent of the global workforce may continue to work from home, while at the same time there is a shortage of 3.12 million cybersecurity professionals worldwide.

Even if businesses could attract the security talent, could they keep up with the increasingly complex and large attack surface? guardDog offers the first-of-its-kind cloud service with dedicated security devices to bridge these trends.

Baxter Financial Corporation, led by Mr. Donald H. Baxter, among other family office investors participated in this round of financing. Mr. Baxter has also joined the company’s board of directors.

Consumers and businesses can order guardDog Protective Cloud Services from the company’s website at www.guardDog.ai. Signing up for service is easy and affordable with monthly plans offered and incentives for annual subscriptions. Customers can upgrade customer support plans to match the needs of their organizations.